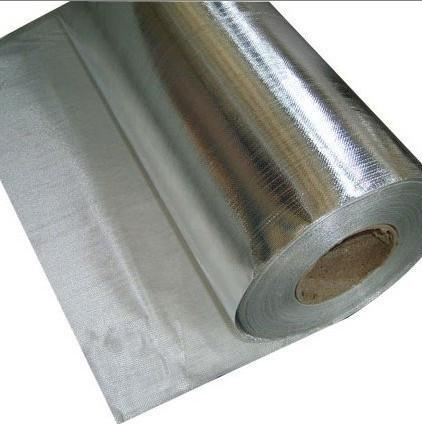 New rules surrounding the installation and repair of foil insulation

New rules surrounding the installation and repair of foil insulation.

With the holiday DIY period coming up Safe-R Insulation would like to remind everybody about the changes to the rules concerning foil insulation. Since 1 July 2016 a simple repair, such as re-stapling a piece of torn foil back into place, could earn a fine of up to $200,000.

The reason for this is due to safety concerns with the method of attaching the foil to the building and the  compliance of this building method with the Building Code. The risk with installing and/or repairing foil insulation in a building with an existing electrical installation is that the installer could accidentally pierce a live electrical cable with the fasteners (e.g. staples or nails) that they are using to attach the foil to the building. The foil, being metallic, conducts electricity and can become live if it comes into contact with live electrical wiring – potentially enlivening the entire underfloor area or  ceiling space of a building.

In retrofit situations foil is usually installed by stapling it to the floor or ceiling joists, often in dark and cramped conditions making it hard to see where electrical cables are located. Many buildings have exposed cables running through these spaces, presenting a serious electrocution hazard.

Even if a retrofit is completed without incident, the foil can be left electrically live, presenting a future electrocution hazard.

Nylon fasteners also have some risk as they can split the insulation of the electrical cables and cause the wiring to come into contact with the foil.

The Ministry considers that the installation and/or repair of foil insulation in a residential building with an existing electrical installation is likely to breach Clause G9 (Electricity) of the Building Code as the key safeguards (such as coated wires, fuses and circuit breakers) incorporated into the electrical installation will no longer be effective, resulting in building elements becoming live and potentially  fatally injuring installers or occupants of the  building.

The ban covers anybody who is installing or repairing foil insulation in ceilings, walls and underfloor areas – including home handymen – and applies to all uses of foil even when it is not used as insulation (eg as a vapour barrier).

There are exceptions to the ban and they include properties (new houses or extensions) where the electrical wiring has not yet been installed, however foil installed in these circumstances will be unable to be repaired in the future. Foil that is bonded to rigid building materials such as plasterboard or polystyrene is not banned either as it tends to be installed in such a way that it is unlikely any live electrical cables could be accidentally pierced.

WorkSafe NZ as part of its functions as the regulator of electrical safety under the Electricity Act 1992 has also made guidance, in the form of an Electrical Code of Practice that sets out how to protect people and property from harm due to improperly installed foil insulation. The Code of Practice will enable building owners and the industry to better manage electrical safety risks associated with existing foil insulation.

In the event of doubt concerning requirements of the Code of Practice the services of a licensed electrical  worker should be sought.

IAONZ has long been concerned with the safety aspect of foil insulation products and is represented on a WorkSafe review looking at establishing an Electrical Code of Practise (ECP) for using foil as an insulation product.

It is considered an offence under Section 27 of the Building act to breach this ban and is punishable by a fine of up to $200,000. Territorial Authorities are primarily responsible for enforcing the ban but in some instances the Ministry may take prosecutions  under section 11 of the Building Act.

* Foil insulation is insulation that consists of a thin layer of heat-reflecting metallic foil (usually aluminium). It is most commonly supplied in flexible sheet or blanket form and may be attached to other flexible insulating materials such as wool or fibreglass.

(ii) in relation to a property without a point of supply, all fittings that form part of a system that is used to  convey electricity to a point of consumption, or used to generate or store   electricity.

For a list of great insulation contractors visit www.iaonz.co.nz